This is my understanding of how JavaScript objects are stored, before optimization.

[This is WIP - I’m trying to understand JS by taking it apart and atom-izing it.]

Everything Is An Object

Everything is an object, including functions. 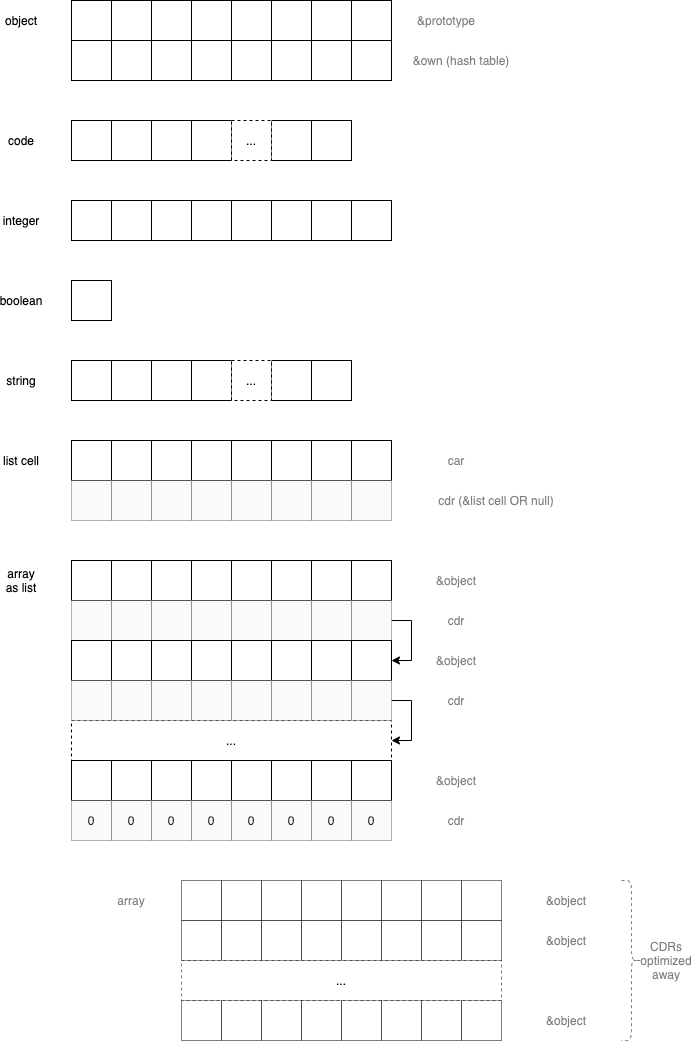 All Objects Have Two Slots 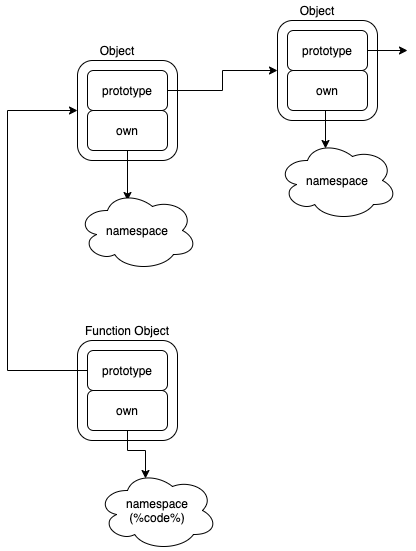 Prototype Is A Pointer to Another Object

Own Is A Namespace

A namespace is a lookup table.

Each row in the table maps a string name to an object.

Namespaces could be implemented as hash tables.

Function objects contain a “magic name” that points to a code blob.

The name is entirely implementation-dependent.

I invented the name %code% as a stand-in for the name of this magic slot. I treat % like just a character that can’t be confused with any other character allowed in JavaScript programs. 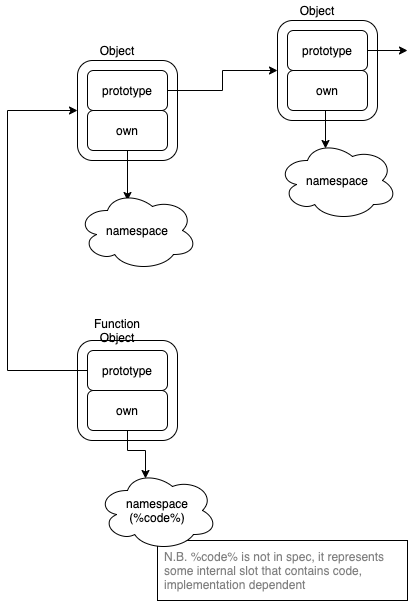 There are two fundamental ways to create an object

There are other ways to create objects, like class, but these are built upon the fundamental operations. Class is like a molecule built out of atoms.

Object.create() is a method call on the top level Object object.

(New calls the function, but inserts pre- and post- code around the call.)

All methods (functions) are called with a this parameter.

(where %own% and %code% are names that I invented to represent implementation-dependent ways of getting the function (code) to be called. It is easiest to imagine that the %code% blob is attached to the namespace of the object f, but, implementations might optimize this in different ways).

In the case of new though,

is converted to a several-step process

In JavaScript syntax, this is passed as an implicit parameter to every function.

A Constructor is a just a normal function that returns undefined. When called, though, a constructor function is expected to modify the this parameter. In essence, the compiler hard-wires an extra parameter into every function call and hard-wires the parameter name to always be this, i.e. the syntax

The objects can be walked to find code.

In Lisp, functions are always anonymous (signified by the keyword lambda).

In Lisp every symbol (a symbol is just a name, a “handle”) contains a set of attibutes. One of the attribute values might be a lambda.

In Lisp1, it is possible to have a symbol that has more than one kind of value, e.g. a symbol might contain a datum attribute plus a lambda attribute. 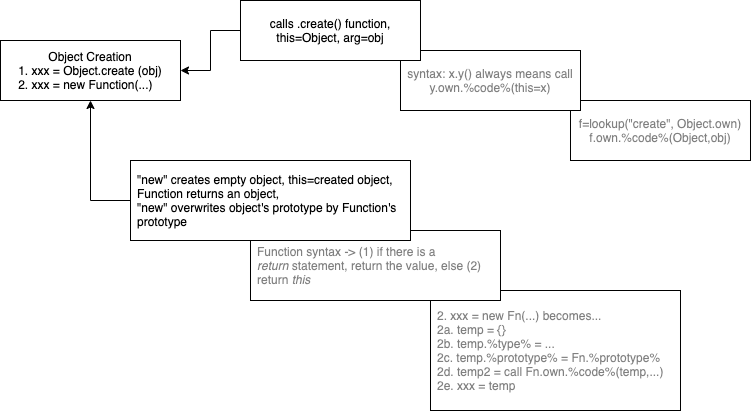 (The second return is never reached, so the above function never actually returns undefined).

There are several ways to call functions:

The first version is converted to

and, the second version is converted to

Stuff I Haven’t Figured Out Yet

Somewhere, JavaScript stores the name of the object’s type. I would guess that this is saved in the object’s prototype, but I haven’t figured this out yet.

When you call console.log (...object...), JavaScript tries to print the type name of the object. In the case of {}, it prints nothing as the type name.